Who we are, where we come from and what’s the dealio?

Boy oh boy, if we had a dollar for every time we’ve heard “Man, I had this idea back in …” (fill in the blank) …well, we’d have a million dollars.

Okay, maybe not a million but at least a cool hundred bucks sitting in the kitty. Toss in “How did you come up with this idea” and now we’re talking some serious cash. 😉 Eventually this leads to being asked our particular story and how this DIY garage came to be and it’s a fairly simple one – but being a wordy type it’ll take a moment or two to lay it all out.

I’m (Steve ‘speaking’ here) a military guy from a military family. My father was in the Air Force for 28 years, my brother is also former Air Force and I spent a little over a decade in the Navy, mostly at SEAL Team TWO here locally at Little Creek. As everyone who’s ever served knows, Auto Hobby Shops have been on military bases for a very, very long time. When I was researching for setting this business up I had read somewhere that they came out with the first shortly after World War II as the Korean War started – but I couldn’t find that information again. Regardless of that, what I DO know is that my father used one on Malmstrom Air Force Base up in Great Falls, Montana back in the heyday of the mid-1970’s. I’ve used them at Fort Carson in Colorado and here on Little Creek and Oceana locally; my brother enjoyed the one at Davis-Monthan AFB in Arizona back in the mid-90’s.

The concept and idea is not new, we didn’t come up with it and neither did anyone else you probably know.

We’d love to take credit for it but that’d be a lie and would make us look foolish.  What we DID do was try to put something together that we thought WE’D like. Something we’d want to use.  Something that removed those pain points and stumbling blocks we’d hit over the years while working on vehicles. Alllllllll those times we were working on cars in our driveways in the rain or in the blazing sun. All those times when we had to bring everything that was in the garage into the house so we could pull a car inside in order to work on it in the middle of winter, invariably during one of the two snow storms we get here. Those times when we had to wait for someone to come pick us up to run to the auto parts store or bring us tools because we didn’t have them. Those times we got sick and tired of having to mess around with constantly jacking up vehicles and messing with jack stands – then the constant getting up and down off the ground to get parts and tools…. *sigh* We’re getting too old for all that!  So let’s fix it!

We spent almost a year looking at 26 locations and buildings and in every single one of them we had to get measurements in order to develop a floor-plan just to see if we could fit everything in, had enough room to pull vehicles in and out, to not have our customers too crowded and on top of each other, and, and, and…  Heck, at one point we entertained the notion of just buying some land and having a building built for us!  Those guys loved the idea so much they built us a model of what it would look like!  Finding the location we settled on was a stroke of luck and was a great catch by our real estate agent Chip, who really took the time to learn what we were looking for and needed.  We splashed a bit of character here and there and finally, we focused on our customers and wanted them to be the focal point of our stories here at ADIYG.  That’s really the reason FOR this place – to offer people like us, who have pain points like us, a solution: a self-serve DIY garage.  We’re happy to say that it seems to have “hit the spot.” 🙂

We decided to post this up for two reasons.  The first reason is because we get asked a lot about it.  A lot.  The second is because we were finally (FINALLY!) getting around to cleaning up our office and filing paperwork away that we’ve had out and about and in a temporary state for way too long. Deb found a bunch of older stuff in a pile and we were both flabbergasted at how long ago some of these things took place. The seeds for American DIYG were sown sometime back around 2010 when it occurred to me that while I used the heck out of the military auto hobby shops while I was in the service – they have really been let go and are looking pretty run down with tools and equipment being missing, broken, rusty or inoperative.  More importantly, there was nothing out there like it for civilians who might be in the same situation. That situation being living in a place that doesn’t allow, or severely restricts, people from working on their vehicles – like servicemen and women living in the barracks on base. Apartment complexes, townhouse and condominium complexes, strict Home Owners Associations, that sort of thing.

So, 2010 was the gleam in the eye and by 2011 we had a pretty good idea of what we wanted to do and how we wanted it all to look. In 2012 we had filed our Articles of Organization, created an Operating Agreement and submitted the whole kit-n-kaboodle to the State Corporation Commission for becoming an LLC, and it was on. We spent the next few years planning, getting money together, looking at places, working with partners to get tools, lifts and alllllll the other paraphernalia to put together a cool shop. Where has the time gone?!?!  We found drawings and sketches from the intervening years (between then and opening in 2016) of some of the buildings we visited, sketches of some of the bay ideas, even Photoshopped images of how we wanted the interior to look.

We weren’t looking to be cheap, we weren’t looking to be quick just to get on the scene and make a buck and we sure didn’t want to look cheesy (unless it was planned cheesiness, lol) – we wanted the details nailed down and were going to take our time to do just that. We learned a LOT in those few years with a great many lessons being hard earned lessons, but we persevered and opened in mid-August of 2016.  A year and a half – and nearly 3000 customer visits later – we’re pretty happy to say we think folks out there are diyging us 😉 and we’ll do our best to keep introducing new helpful things as well as keep our level of engagement high and the focus on our commitment to our customers.  As always, if you have an idea for something to make our place better, safer or cooler – let us know!  We’re on Facebook and you can contact us via email or from our Contact Us page.  🙂 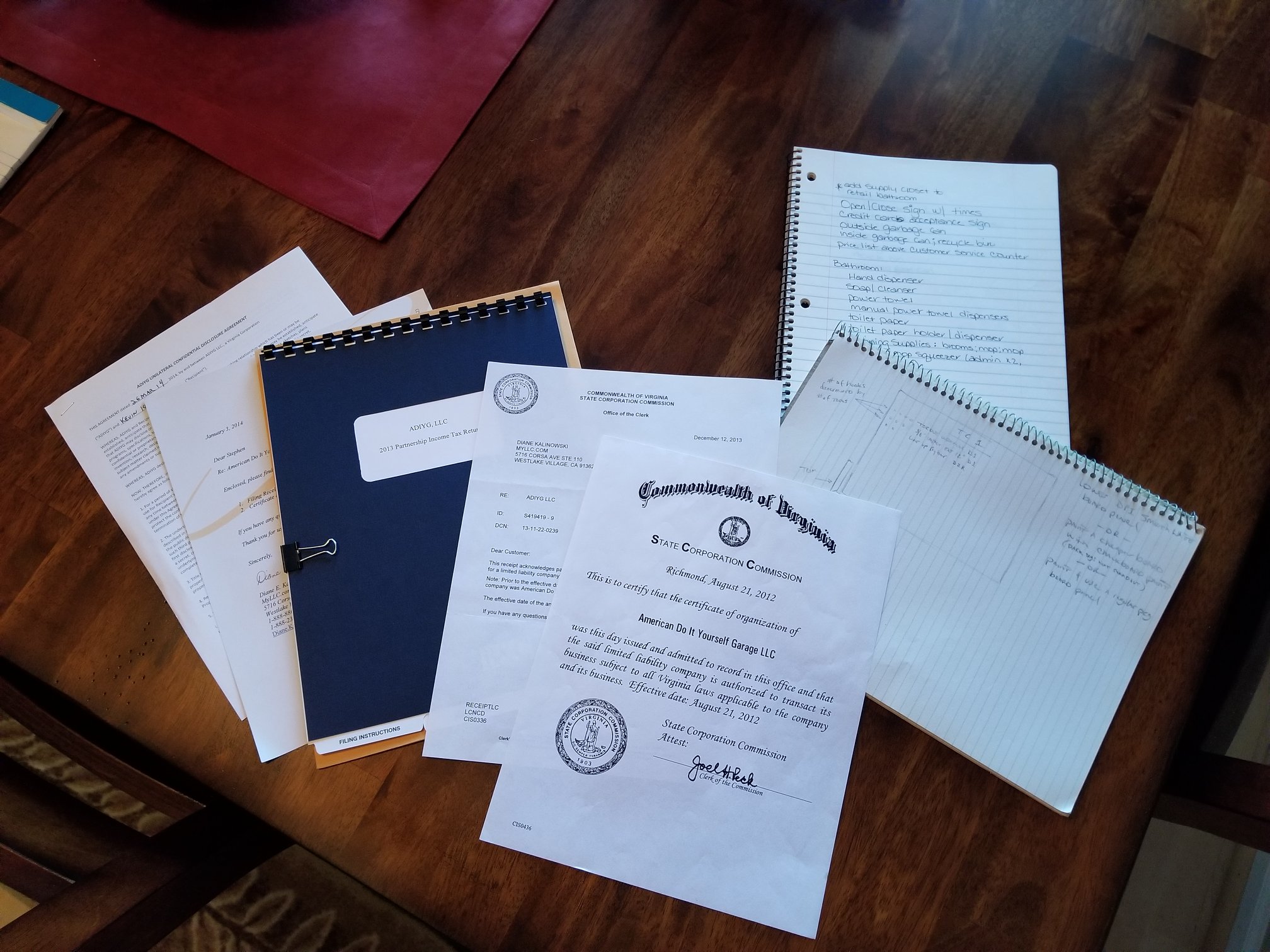 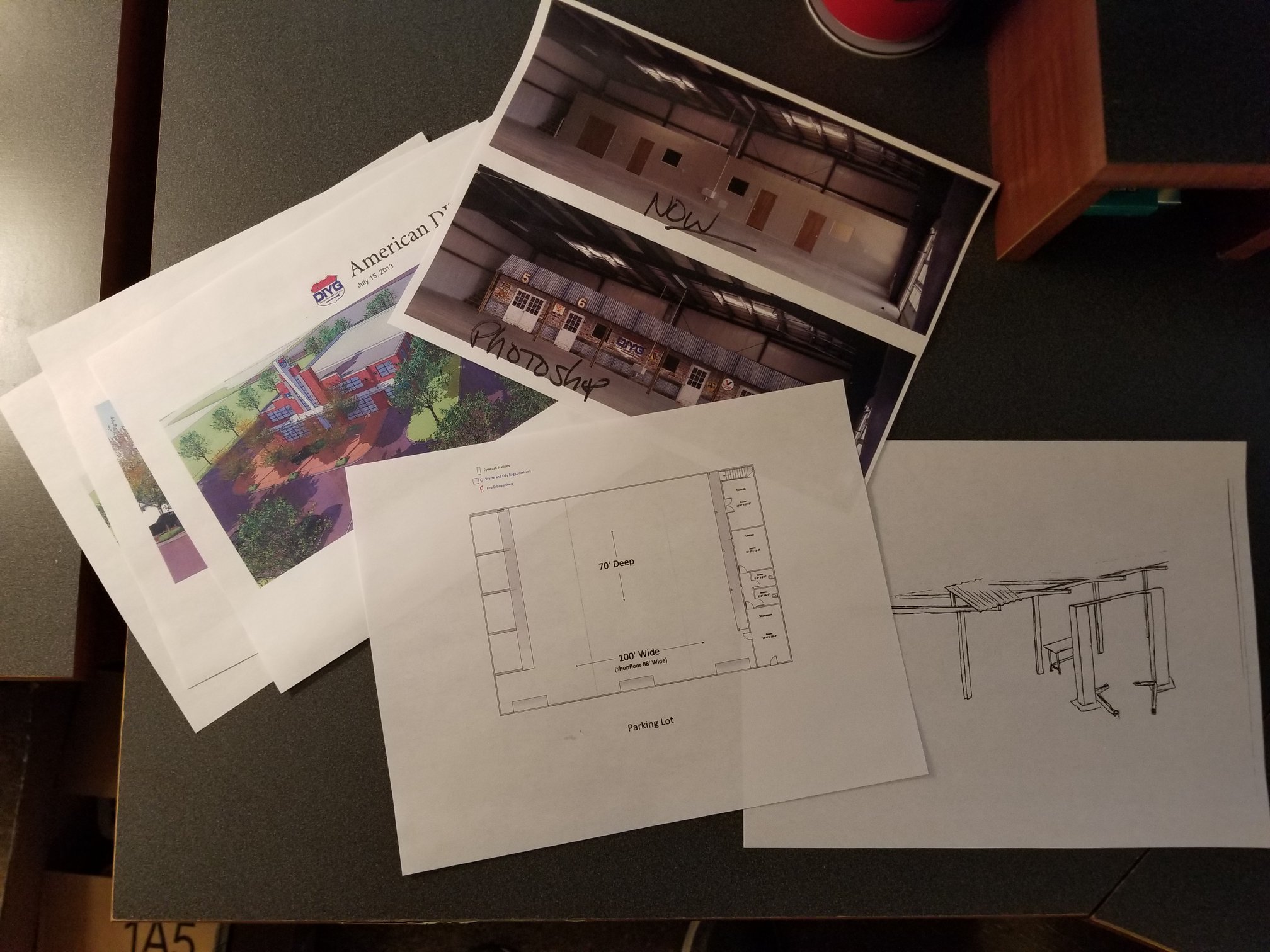 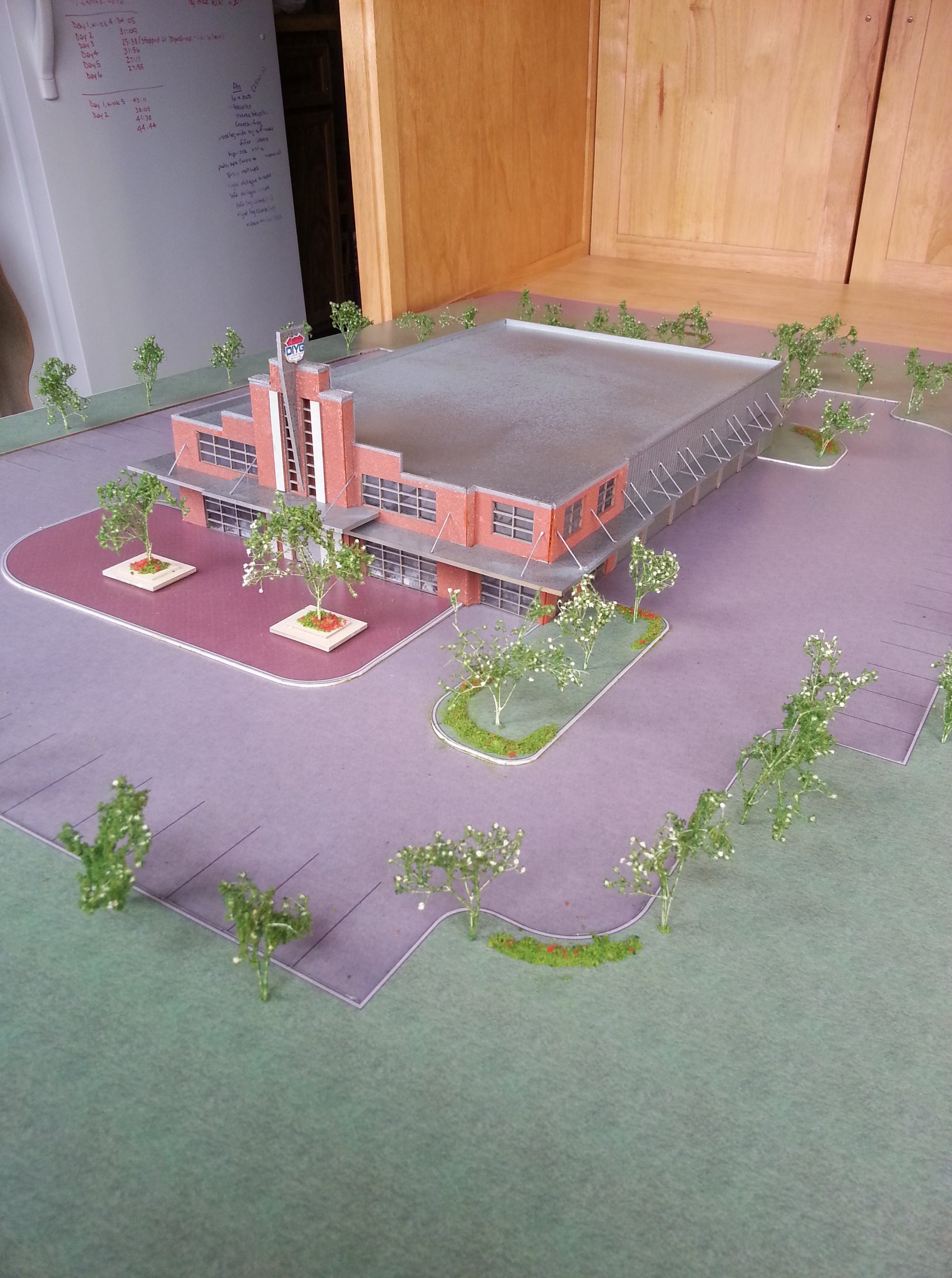